The Air Jordan XXXIV offers a distinct perspective on the best basketball shoe for the future stars of the sport.

“Air Jordan Brand Game Shoes have become the most influential line of performance footwear in basketball history,” said Gentry Humphrey, vice president of Jordan Brand Footwear. “By introducing a new patented innovation with the XXXIV, the legacy of this line has been extended to a new generation of athletes.”

By removing non-essential materials from the tooling and upper, the shoe gives athletes only what they need.

“Work on this shoe began by gathering feedback from the Air Jordan XXXIII,” says Jordan Brand Designer Tate Kuerbis. “We focused on the most explosive athletes. ”

This solution follows Jordan Brand’s long-standing commitment to breakthrough innovation with the launch of the Jordan Eclipse plate. This technology, consisting of two Pebax pieces and a Zoom Air unit in the forefoot, contributes to an optimal foot explosion.

“The Eclipse plate takes the inherent values of the propulsion plate, a technology favored by Jordanian athletes, and helps reduce overall stiffness and lighten the weight,” says Kuerbis. “We do this by thinking about the type of plate material used and how we can leverage the core value of each element.”

This idea is best articulated in the Zoom Air unit in the forefoot of the Air Jordan XXXIV. To unlock the full deflection point of the unit, maximizing its piston effect, the Eclipse plate forms a groove, which allows the unit to compress and move without stress.

The composition of the plate, focused on stability (especially in the heel), then gives more control to the full range of explosive movements of basketball: cuts, sprints, jumps.

Increasing the properties of the Eclipse plate is a herringbone traction pattern that, in true Jordan Brand fashion, promises a new performance benchmark over the standard system.

After conducting athlete’s foot analysis, the use of a classic model is based on the premise that it provides a superior first step and a quick cut, while helping players get a break when they are on defense.

The proven basketball design is also fundamental to the upper part of the XXXIV. What you see is what you get: heel, tongue, eye-way, midfoot reinforcement. “One of the things I love about this shoe is that it doesn’t remind you of any Jordan from the past,” Kuerbis said. “But it reminds you of the purest form of a basketball shoe.”

THE 34th INCARNATION OF FLIGHT.
The Air Jordan XXXIV continues the legacy of a cultural icon. Light, responsive and sculpted with aerodynamic precision, it combines a boldly unconventional midsole with herringbone traction.

Aerodynamic Support
Eclipse plate made from molded TPU provides stability and support that engages during side-to-side movements.
Ultra-Responsive Cushioning
Visible Zoom Air cushioning under the heel and forefoot has a springy, responsive feel that recharges with every step.
Court-Ready Traction
Herringbone outsole offers rugged, multidirectional traction that’s ready to play.
Breathable and Lightweight
Mix of textiles and translucent materials for a lightweight, highly breathable upper with a snug, comfortable fit. 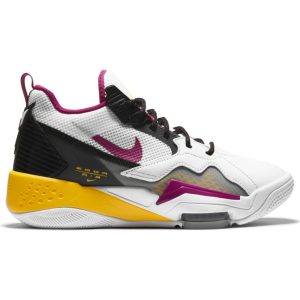 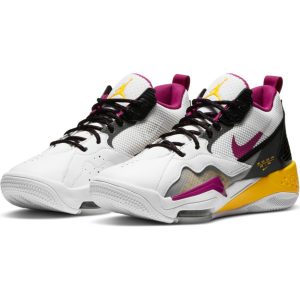 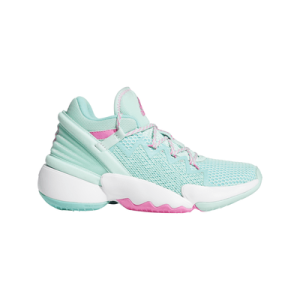 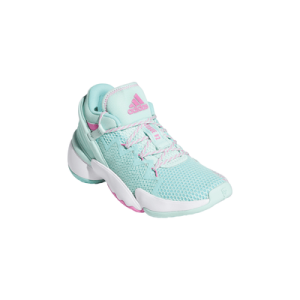 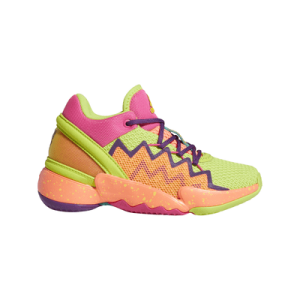 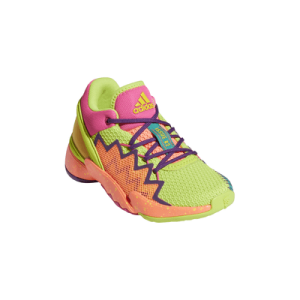 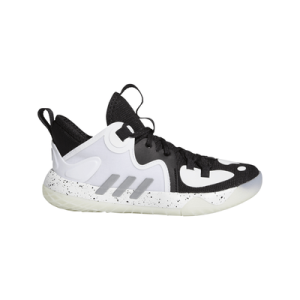 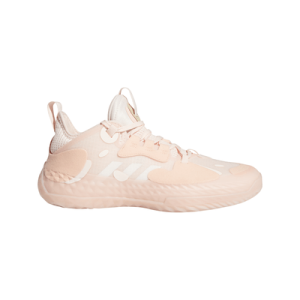 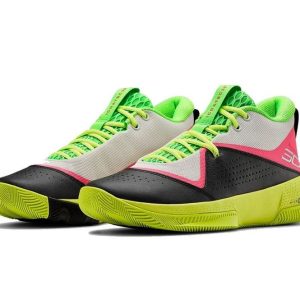 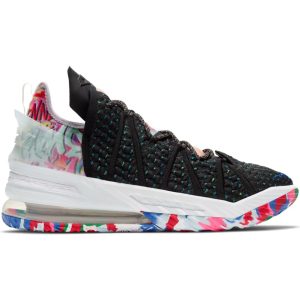 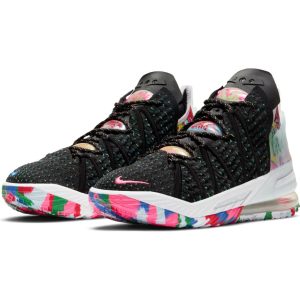 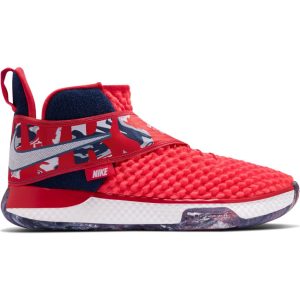